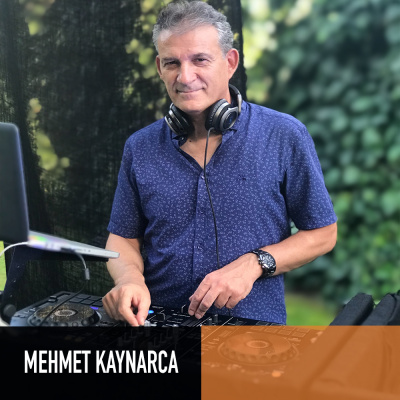 DJ Mehmet Kaynarca was born in Bursa.
He was affected by his father who was a musician,and he met with music in early ages.When he was 6,he was playing with battery instrument.He was fanatically interested in pop music when he was in secondary school and he decided to be a DJ.At first,he began to work at music studios in 1985 (sa≤ and Cemil music house)..He had the opportunity of working with the best known DJs in lots of discos ,bars and organizations.Mehmet is passionately in love with house music,in 1995 he began to play in HALIKARNAS DISCO,in Bodrum ,Süleyman Demir was the owner of this Dco who is the veteran name of entertainment world.This adventure lasted for 7 years.It earned him both ,big experience and name.He worked here as a main DJ,he played with the DJs of Ministry of Sound,Gatecrasher,Missmoneypennys and with lots of world best known DJs,he got new ideas from them.In this way he got the chance to improve himself.With the 20 years of music build up ,now he is trying to effectuate a project includes only his own songs,which has the philosophy
of"have everybody listen to what you listen" .