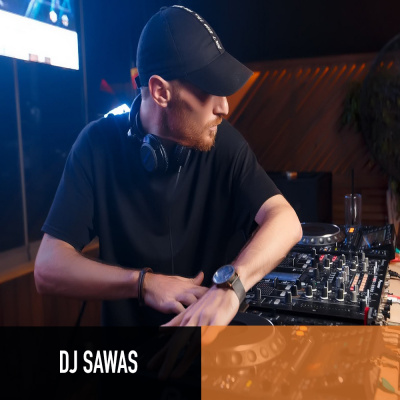 DJ SAWAS started his music life in 2008. Therefore, in his first year, he went on a Turkey tour to Antalya, Muğla, İzmir, Çeşme, İstanbul, Ankara and Adana. His skills such as technique and speed in the dj cabin and his sincere and sincere attitude towards the audience and content brought him side by side with the biggest names of Turkey and the world. He improved himself in Alanya Havana Club in 2009 and took the important step of his career in 2010 and moved to Stockholm, Sweden. In Solidaritet, one of Sweden's best and most important Electronic Music Clubs, he played with world famous DJs such as Mark Knight, Pete Tong, Avicii, Steve Angello, Tristan Garner, John Dahlback, Albin Myers, Nause, Rebecca & Fiona shared the scene. In 2011, he moved to Sweden's 3. biggest of town Umea and became the music director of Club Corona there. There, he opened a school under the name of 'Umea DJ School' in order to instill and share music with new generations. Between 2010 and 2013, he represented Turkey under the name of DJ SAWAS in Sweden and European countries such as Norway, Denmark, Finland, Germany and Estonia. He returned to Turkey in 2013, continues his Resident DJ career in big clubs. And since 2015, DJ SAWAS, who has been working with DJ BURAK YETER, one of the most important DJs of Turkey, and the city has come back together, has worked as an instructor at Connection DJ Academy in Istanbul for a while. After returning to home town he signed an agreement with the world brand Pioneer and opened the Pioneer Pro DJ Academy and continued to train students in order to instill, share and educate young talents in this flag race.